Celebrity weddings are always exciting and intriguing, and 2016 has been no different. With this year drawing to a close, let’s look back on the top 10 celebrity weddings of 2016. The year of 2016 was no different to others as several celebrities from all around the world decided to take their vows and end their single status. In this list we have compiled some of the top celebrity weddings to have taken place in 2016. 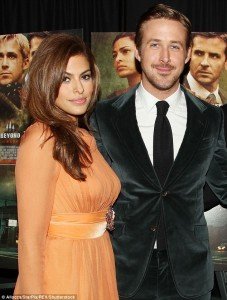 Ryan Gosling and Eva Mendes are both known to be non-believers in marriage. Gosling, having previously dated Sandra Bullock and his ‘Notebook’ co-star Rachel McAdams, put those 2 high profile women behind him as he tied the knot to Eva Mendes.

Their wedding was a low-key affair with only less than 30 people in attendance. She has already one daughter from their first marriage.

Though there is a small age difference between them with Eva Mendes being 42 and Ryan Gosling, the younger, 35, only time will tell whether this age gap will help or hinder their marriage. Their entertainment was a mind reader and magician which inspired me to write this post and you can see my work here. 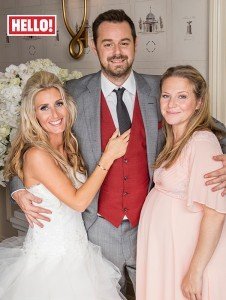 Danny Dyer, the EastEnders star decided enough was enough – after being together since they were 15 years old and it was time to tie the knot with his long term partner – Jo Mas in Chewton Glen Hotel in the New Forest.

In the middle of the 130 acre estate and wearing a flamingo inspired gown, and accompanied by Danny Dyer’s on screen EastEnders wife – Kellie Bright, their wedding was a conservative affair with their daughter taking on the role of maid-of-honor and their other daughter – a bridesmaid in front of 150 of their nearest a dearest.

Former Sugar Babe Heidi Range married her partner Alex Paertakis (whom she met in 2014 after being introduced by her personal trainer) is another lucky couple to join our list of celebrity weddings this year.

Arriving in Florence and then whisking their guests down to a secret location in Tuscany, Heidi looked gorgeous wearing a white Bardot neckline gown with a full skirt.

Not to be outdone, the bridegroom wore a classic black tuxedo.

In a ceremony officiated by Comedian Chris Rock and Bruno Mars as the couples’ wedding singers, Danie EK, CEO of Spotify married Sofia Lavander at a beautiful ceremony at Lake Como in Italy. Their wedding included guests such as Facebook CEO Mark Zuckerberg and their two daughter.

Wearing a cream linen suit with blue shirt, 33 year old, Daniel married his fiancé who, herself was wearing a cream strapless gown covered in hand sewn floral embroidery with a pair of white satin peep hole shoes and simple pearl drop earrings. After the wedding they travelled to Rome, to meet the Pope. 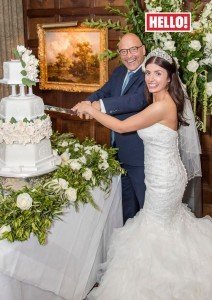 In a ceremony which offered several quirks to the day included Gregg’s brother arriving at the venue in an RAC van, having had his car break down on him.

Jerry Hall and Rupert Murdoch and their 10 children from separate partners were all in attendance at this star-studded affair at St Brides Church on Fleet Street in London. 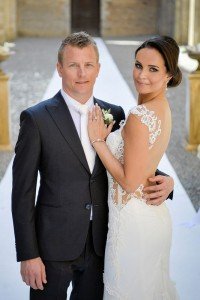 Ranked as one of the top 10 celebrity weddings of 2016, F1 superstar, Kimi Raikkonen married underwear model, Minttu Virtanen (and much like many of our other celebrity wedding listed here) – it was held in Italy. Held in the Cistercian monastery –The Abbey of San Galgano, in Tuscany.

Wearing a low backed ivory gown and lace embroidery, Minttu brought her 19 month old son to the star studded ceremony, who like his father, was wearing a navy blue suit and crisp white shirt.  This is the F1 world champion’s second marriage, and intends make adjustments to this second marriage by possibly retiring from racing at the end of the 2017 season to give more time to his new wife and son.

Again similar to other famous couples on our 2016 list there is a significant age gap between Kimi (36 years old) and Minttu ( 29 years old). A close up magician performed for guests throughout the day. 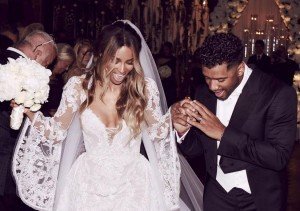 Pop star, Ciara and NFL Star, Russell Wilson tied the knot in July at Peckforton Castle in Cheshire, England, after Russell popped the question to Ciara in the Seychelles.  This star studded event was attended by Kelly Rowland, Jennifer Hudson and other famous NFL stars.

Wearing a Cavalli Couture wedding dress, embroidered with floral motifs, Ciari looked stunning and she wed her new husband who was wearing a full black, Armani suit with white shirt. All of Ciara’s bridesmaids were wearing Michael Costello designed gowns. Ciari, who has a 2 year old son from her previous husband Future Zahir, is looking forward to creating a new family with her new beau.

The altar featured a large white cross and the entrance to the venue was a rose covered archway and the main procession was covered in a canopy of fairy lights. 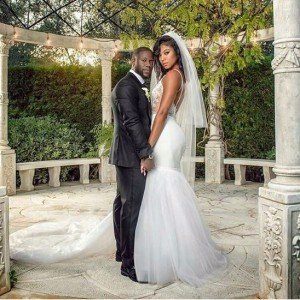 Wearing a custom Vera Wang lace mermaid gown and hand-embroidered French Chantilly motifs, Eniko changed into another Vera Wang dress for the wedding reception, Kevin and Eniko, enjoyed their wedding with friends, family and lit-up ferris wheel and merry go round as well as many other forms of entertainment. 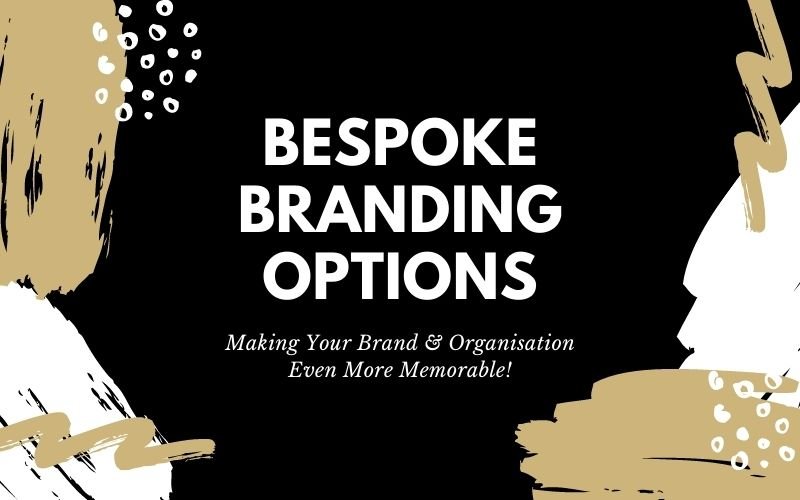